A gap between the earnings of women and men is a pervasive problem across all countries. Although many countries have explicitly outlawed unequal pay, it remains the case that men out-earn women – by an average of 15 per cent across OECD countries. This has implications for individual outcomes; for example, women face a greater risk of poverty in old age. It also has macro-economic consequences to the extent that the best use is not made of women’s talent in the economy.

The gender pay gap is seen as arising as a result of several factors.

One is occupational segregation, i.e. the fact that men and women are often concentrated in different occupations with different levels of pay; engineers are overwhelmingly male, for example, while nurses are predominantly female.

A second key factor is childcare. Women typically take more responsibility for childcare, and the gender pay gap becomes more pronounced after the arrival of a woman’s first child.

The idea that social norms matter for the gender pay gap is reinforced by a growing body of research evidence that gender norms affect how men and women are treated in the workplace. Hypothetical male and female candidates with identical CVs are perceived in a different way, for example, indicating that men and women are not treated equally.

Policies to deal with the gender pay gap should take account of these underlying causes – dealing with the consequences of childcare, for example, and also tackling underlying social norms around gender. 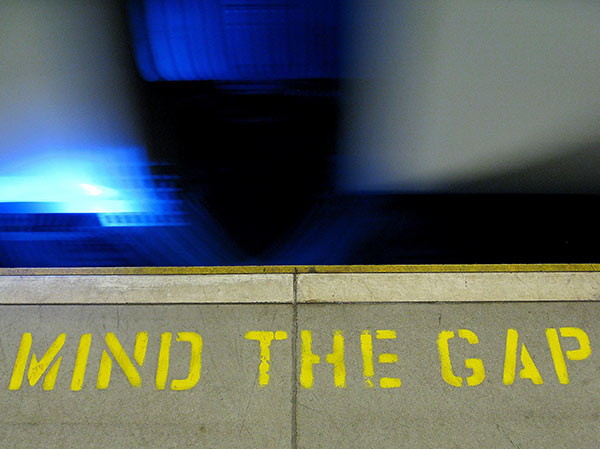 „Mind the Gap“ by Pawel Loj is licensed under CC BY 2.0