Finalist from the USA

With the data we gathered from the survey, we began to focus on ways to address the obstacles identified in the survey that would build community spirit. After much research and debate, we decided to begin our work in a space that is the quintessential example of environmentalism and community: a park. The question then became how to create a community within an already existing park, such as Piedmont Park in Atlanta. Our park would refurbish an underused area of Piedmont Park so that no new ground would have to be used. A community garden in that area would engage residents and help educate the public about ways to conserve water, plant a self-sustainable vegetable garden, etc. We developed a model house to fill the information gap that our survey respondents identified regarding community sustainable development projects and accessible, sustainable practices. Our team also wanted to ensure that this program would continue – or be sustained – through generations. We focused on connecting with younger generations by creating fun games to learn about sustainability during an after-school program in the Power Park. The program would not only allow us to teach kids about sustainability; it would also give kids the tools to take this information home and share it with older and younger generations.

No community development effort will be successful without funding. Several major companies located in Georgia, such as Coca-Cola, have already given more than $1 billion to communities and are willing to help fund sustainability projects like ours. We also developed a campaign to share information about our project with the public to elicit financial support and buy-in from the community. Using social media, flyers, and word of mouth, we will inform the community where the park is located and what its purpose is. We will post updates of activities happening in the Power Park. We will also work with groups like 4H (an agriculture and sustainability-based youth group), where students work to earn volunteer hours in the community.

This model of sustainable community development can be adapted anywhere. For example, an area going through a food drought can focus its Power Park mainly on planting vegetable gardens in the community. Areas facing poverty or overpopulation could focus more on sharing resources through a thrift store or a community center in the park. The point of each Power Park is to address the specific sustainability needs of the community. Each community can run its own Power Park and thus empower residents to develop their own sustainable future.

Look around you and think about how you can help your neighborhood become more sustainable. We can share or co-invest in many goods and services with our neighbors, saving resources, making the solutions more affordable, and the results more reliable. Imagine your family wants to install PV. Would it be a good idea to let your community know about that? Maybe together, you can save on costs and add a battery for higher efficiency? What if your neighbor plans to buy an EV and is ready to be your customer to charge his car with truly green power and help you benefit from your project financially. Think about your local community (neighborhood), often connected via some communal facebook or another platform (or a website to communicate, sell/exchange things, report issues/ask questions). What can you integrate into such a platform, e.g., PV+battery cost calculator and annunciator, to support decisions helping economic and environmental sustainability? Can community web pages help with recycling? What other options or tools can be included in community platforms to promote our well-being.

1. What personal (single family-level) decisions may affect the community’s well-being and sustainability?
2. What energy, materials, other resources can be used (or invested in) cooperatively or in coordination with local neighbors?
3. What energy savings, CO2 reduction, and other benefits stem from one family’s decisions or choices?
4. What else is a part of sustainability and may affect our future?
5. What may impede the development of the sustainable community, i.e. why your suggestions or solutions may not work?
6. How do communities differ? Can your proposal work everywhere or suitable only for either a city or a village?
7. How may you need to educate or inform people to make your ideas work?
8. Who shall support a sustainability platform financially or enthusiasm is enough? 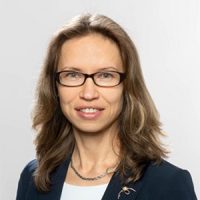