By the year 2030, the worldwide share of people aged 60 years and older is estimated to grow by 65 per cent compared to 2015. This equates to an absolute increase from 901 million to 1.4 billion. By 2050, these projections imply an increase to roughly 2.1 billion. Moreover, the number of people aged 80 years or older is projected to grow from 125 million in 2015 to 434 million in 2050 (United Nations, 2017). Increasing life expectancy, reduced fertility, and the resulting ageing of larger cohorts foster this demographic trend, especially for the major share of industrial countries.

This unprecedented global population ageing has both diverse and substantial economic, sociological and political implications. As an example, ageing societies put pressure on social security systems and public welfare services (Casamatta & Batté, 2016). Specifically, it is likely that the interests and preferences of the elderly differ from those of the younger generations and, thus, ageing societies may have severe consequences for public votes. Importantly, population ageing may impose a higher hurdle for projects with long-term benefits and short-run costs such as climate change mitigation or educational expenditure (Ahlfeldt, Maennig, & Mueller, 2019). Similarly, welfare policies in various countries have been argued to be “elderly-biased” (Gamliel-Yehoshua & Vanhuysse, 2010; Tepe & Vanhuysse, 2010) and older voters have been shown to be more likely to oppose projects that benefit future generations when called to the ballots (Ahlfeldt, Maennig, & Steenbeck, 2019; Poterba, 1998). In addition, younger people are often less likely to vote than older people, thereby accentuating the problems arising by intergenerational conflicts (Goerres, 2007).

Assuming that future generations belong in the social welfare function, how can we appropriately address the effects of population ageing on collective decision-making? 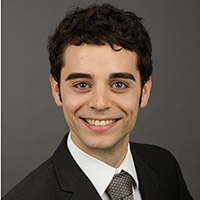