LUNE At A Glance
Please find an explanation of our name and its pronunciation  at the bottom. 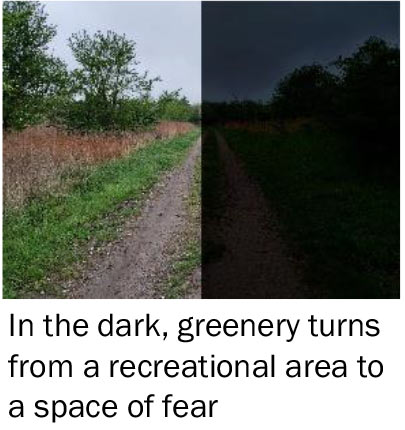 Environmental protection begins in the cities. Given their enormous overall use of en-ergy and emission of greenhouse gases, cities realize this fact and start to build up more parks or even entire garden districts. As sustainable and residential-friendly as they are throughout the day, they scare the daylights out of people at night. With rea-son: trees, shrubs, and bushes are difficult to check while passing by in the dark as well as one does not know, what is around the corner. Consequently, no one can feel safe in such surroundings, but especially women tend to avoid similar places due to their experience with sexual harassment particularly at night. Something that is unac-ceptable, as it simply cannot be the state that people are displaced from public grounds caused by a lack of security!
This is where LUNE comes in. It is our goal to enhance the sense of security at night by illuminating paths and their surroundings more as well as contributing to sustainability and the fight against light pollution. What sounds like squeezing water from stones is made possible by LUNE. 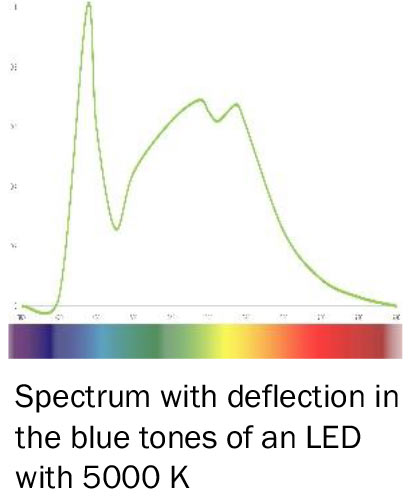 The first part of our concept connects sustainability and the fight against light pollution. Today’s common street lanterns use light bulbs that emit many blue tones of light – such as mercury-vapor, metal-halide, or sodium-vapor lamps. The fact that such illumination has a longer range due to its larger wavelength and smaller frequency in comparison to yellow or red light, makes regular lan-terns attract too many insects (up to 90 % more than the best).1 Once they are lured by the blue light, insects become disorientated, die in the heat of or fly against the light bulb as well as they turn into an easy target for predators. Consequently, we want to change the light bulbs from blue light emitting bulbs (color temperature around 5000 K) to insect-friendly light-yellow LEDs (less than 2700 K) which have the fewest number of blue tones in their luminous paints.2 By fighting light pollution this way, we also afford biodiversity and sus-tainability through protecting the population of native insects.

#2 ENERGY OUT OF FOOTSTEPS 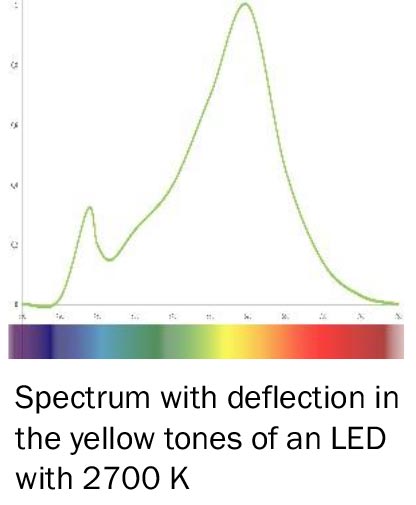 Our second component incorporates the sense of security at night and the fight against light pollution. As the contamination of the night sky with light is not only influenced by the color of the emitted light but also by its overall amount, we decrease the total of emitted light. LUNE achieves this by lanterns that are dimmed by default and only shine brighter when someone walks across. For this propose, we use specific tiles consisting of an electromagnetic generator and built to cover the path. A single footstep makes the generator vertically displace due to the weight of the human body and the resulting clean energy of about eight Watt can be used to let the lanterns shine brighter for further thirty seconds when someone walks past. As a result, we enhance the sense of security at dark parks and at the same time, we support the fight against light pollution.

LUNE’s final element combines the sense of security at night and sustainabil-ity. As lanterns’ angles are shaped to spread as little light as necessary to avoid light pollution, shrubs, and bushes next to the paths remain dark. Thus, we use glowing plants to illuminate these greens slightly. Such plants are genetically manipulated as the enzyme luciferase – which naturally occurs in fire-flies and jack-o‘-lantern mushrooms – is added to their DNA to make them glow with the strength of a reading light. Shining in a minor intensity of yellow light, these plants contribute to sustainability and raise the sense of security at night.

Combining all three solutions along with our other strategies to afford gender-inclusive urban planning (lune-concept.org/solution), a park is ready to meet the needs of the twenty-first century as it is then environmental- and residential-friendly.

Why Our Concept Is Called LUNE

LUNE Concept, brief LUNE, is an acronym for: Lighting, Urban Nature, Equality Concept; combining all the aspects, our plan focusses on. Despite from what one might expect, LUNE is not pronounced in English [ˈluːn] but in French [lyn] since lune is French for moon. As our concept works when the moon has risen, this pronunciation reflects LUNE best. Even if not all people who get in touch with our concept know about this meaning as they might not speak French, it is a neat hint for them who do. For all the others it is simply an easy-to-remember name that goes with our slogan Light(’)s everything.

Sustainable Garden Cities of Tomorrow. From Hellerau to Eisenhüttenstadt and far beyond

by Stephanie Brünenberg and Peter Ulrich

The economic strengthening of East German regions can be achieved by attracting modern companies and industry. To make this possible, specific infrastructure needs to be developed and other locational factors such as residential areas for future employees focusing on a needs-oriented and sustainable urban development. The concept of the garden city was developed by Ebenezer Howard in England at the end of the 19th century. It offers services to its inhabitants as well as their workplaces and cultural attractions. We will examine how an innovative and sustainable form of living, working, social mobility and infrastructure can look like today in the neighbourhood of newly settled big companies in East German regions.

The idea of a kind of „workers‘ housing estate“ (Arbeitersiedlung) is more than 100 years old. The first German garden city was implemented in Dresden-Hellerau from 1909 onwards, to give the employees of the Deutsche Werkstätten für Handwerkskunst a home near their place of work. Not even fifty years later, the first „socialist workers‘ town“ Eisenhüttenstadt was established in Brandenburg – here as a residential town for the workers employed at the Eisenhüttenkombinat Ost as well.

How should future-oriented „workers‘ towns“ look like today to meet the social needs of housing, supply, mobility in a sustainable way? Which aspects of the historical workers‘ towns, to which the garden cities based on the English model have developed in Germany, can be reinterpreted and new concepts developed?