Representing our school the Gymnasium Hochrad, together with the Wirtschaftsdienst, Davit Aghajanyan, Tjark Lütten, Bela Dirks, Viktor Delventhal, Finn Micke and Kian Lange have created our project “ClearScent” for the YES!-Competition.

For a long time, we were well aware of the big problems posed by a surplus of private transportation. For instance, the average car driver, in our home city Hamburg, spends approximately six days being stuck in traffic jams. Furthermore, the majority of people see the traffic problem as the number one issue in Hamburg. Apart from that, a surplus in private transport creates countless negative effects such as implications for health, the environment, and general efficiency on the streets.

During our research, we became more and more convinced that public transportation is the right solution to this issue, as it is superior in terms of sustainability and almost never runs on full capacity. Therefore, our goal is to increase the attractiveness of public transportation, and for that, we came up with a revolutionary idea.

Our innovative project, ClearScent, wants to tackle this issue. We plan to introduce a system that is not only capable of making buses smell nice by drowning out the bad smell, but actually neutralizing the bad-smelling molecules, and all this at an astonishingly low price.

We want to implement cartridges inside already existing air conditioning systems in buses, which will spread our scent with the freshly filtered air into the bus. Furthermore, we have partnered up with a very experienced company in scent-development Scent Communications to design three different smells we might use for our project. These scents are unique, as they use solids instead of sprays for the distribution of scents, so they do not cause allergic reactions and spread the scent more evenly on the bus. Apart from that, our authentic and precise smells use the latest anti-mal-odor technology, which lets the scents not only drown out the bad smell but actually neutralize specific bad-smelling molecules which often occur in the air. Our scents will be gently noticeable, neutral, and mild, so we are sure people will enjoy them.

At the cost of €140,000 in the first year, and just €100,000 annually from that year on, for a bus network of over two thousand buses in a city with almost two million inhabitants, our project is pretty cost-efficient and inexpensive.

Our ideas are backed up with lots of experiments and research from other scientific fields and branches, so we are convinced of the tremendous success of our plan. With our passionate and enthusiastic team, we surely can achieve the goal of putting scent in motion.

Urban life – What does the city of tomorrow look like?

77.5% of the total German population lives in cities. And the number is rising. At the same time, cities are subject to constant change. Many retailers in particular are fighting for economic survival in the Corona crisis. Politicians are also trying to exert influence to ensure that cities are and remain livable. This includes, among other things, housing, climate and traffic policies. 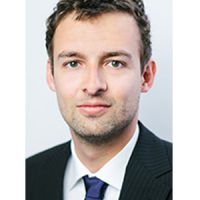