A transparent justice system is central to a modern democracy like Germany. Nevertheless, only approximately 0.86% of court decisions are being published and for the majority of them one even has to pay to access them.

The reason behind this is that it is not mandatory to publish court decisions in Germany. Most judges often decide against publication because there is no program or system which would help to publish the court decisions easily. Especially anonymization takes a lot of time due to none existing automation.
Nevertheless, most judges do not think that the public would deem most of the decisions interesting, which is why there is no progress being made in terms of the publication. This assumption and resulting lack of published decisions could lead to racism and discrimination because cases cannot be compared to one another. Even lawyers and judges cannot use old court cases to make judgements which makes it harder to identify unjust decisions.

This problem often results in missing awareness in society and many people decide not to sue, even though they were treated unfairly. Big companies can benefit from that because their scandals stay hidden.

All in all, the lack of published court decisions makes Germany consequently less just and there is an urgent need to change that. 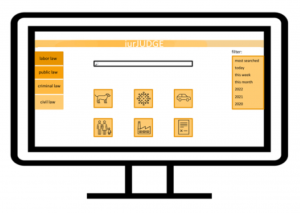 Our solution is a database called iurJUDGE.
iurJUDGE will be…
– state-run
– free of charge
– accessible through a website
– holding all court decisions
– useful for lawyers, judges and all civilians alike

We started a petition to make parliament pass a law which obligates all judges to publish their court decisions. After we spoke with several judicial experts and IT experts and did an elaborate survey with jurists and judges, we strongly believe that an established law is the only way to achieve that goal.

iurJUDGE will help to expose scandals quickly, so that our judicial system will become safer and most importantly more just.

If you want to help us achieve this goal you can sign our petition here: www.change.org/p/für-mehr-transparenz-im-justizsystem

Knowing what is right: How does the justice system leap into the digital age?

The diesel scandal has brought a core problem of German jurisprudence back to the attention of the (professional) public: Very few court decisions are published at all. Many citizens consider the court system to be a “closed book”, and a recent study shows that the proportion of published judgments has practically never exceeded 1 per cent of all decisions handed down since 1971. So if even legal experts do not (or cannot) know 99 out of 100 court decisions, what does that mean for our legal system?

On the one hand, it means that economically motivated actors “from outside” can influence which decisions see the light of day – and which do not. On the other hand, it creates incentives for judges to control “from within” which of their decisions become visible and thus open to criticism. (Not only) In the diesel scandal, an interplay of these and other factors led to a distortion of our knowledge about the law created by the judiciary that is inscrutable even for experts.

So far, this state of affairs has been justified primarily with two claims that are rarely questioned: On the one hand, it is said to be inadmissible for reasons of data protection to publish court decisions without elaborate anonymisation; on the other hand, even in a democratic constitutional state, only that which is “worthy of publication” must be published.

Are these claims convincing? What (other) hurdles can be identified for the lack of digitisation of the German judiciary? (Who) Is interested at all in what German district courts decide? (How) Can inhibitions be reduced and incentives created to make the judiciary more transparent? Who should finance this, and are there practicable alternatives to a central official publication platform? Which social actors could shape the change most sustainably – and how? 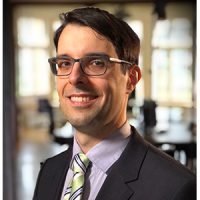