Intercultural communication is being strongly negleceted by schools throughout all of Berlin. This leads to a false picture of cultural diversity in the perspective of the students. People tend to misjudge many things due to a lack of knowledge. That also applies to this case. Many schools fail to teach children anything about different cultures leading to ignorance. The students then start to continuously ignore one or even many groups of people who are seemingly different. And they are. But that non-negative fact should not provoke a different treatment under any circumstances.

We developed CmC for that purpose. Through music, food and games, we want to show young children and pubescents the awesomeness of cultural diversity. We will teach them about different cultures, let them hear the music, taste their food and motivate them to apply the knowledge to fun games with a hyping sporty accent and competition.
CmC is a project containing theory as well as praxis, This should entice the students to learn more about culture and its different sides. We have three main booths to attract their curiosity, motivate and inform them. Through the first booth knowledge about a specific culture will be committed. They will have the opportunity to see objects of that culture and listen to their traditional music. That will be the transition to the second booth. Little amounts of food and snacks of the culture will be given out to provide the participants with a small appetizer. The third booth will have a competition alongside an encouraging price. The competition will include stimulating games in a direct combination with sports. In these games the knowledge of the first booth will need to be used in order to score points and make their own group win.
This project will take place on the 21 public sports fields in all of berlin. Those have the capacity to hold up to 500 people without any kind of stuffiness. Each field will contain 200 to 450 people if we are able to use only ten of the available fields. For us it is important that different schools mix to further enhance the intercultural communication even between the schools.

This will include the first and second alongside the seventh and eighth grade. The first and second graders are young children who take more information easier and start to build their character on top of quantitative experiences, while the seventh and eighth grade are the beginning of puberty where the absorption of information is strongly increased and supported. Their characters develop based on those experiences and information. Meaning that acting in those age groups will be the most effective.

The first booth for the first and second graders will differ from the seventh and eighth graders. The young children will listen to a tutor and achieve knowledge through a little fun kind of tuition. The seventh and eighth graders, however, will have to obtain that knowledge themselves. They will get a quiz-paper they have to fill in. The necessary information will be acquired at different very small stalls. The third booth will also be different since the physical and mental level of the students in each age-groups are not comparable to each other.

The financial gap can be closed through the state or donations, The food, tutoring and supervision can be handled by organisations working on this specifie topic or cultural diversity. Another option for the food would be an affordable catering-service.

We are the Goethe-Gymnasium in Berlin, Wilmersdorf. In this competition we are working on the problem of missing intercultural communication in schools in Berlin 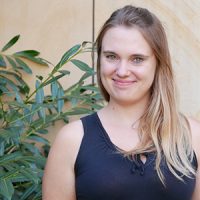