On the other hand, digitalization increases the sharing economy, where numerous individuals operate and earn money on platforms such as Airbnb, Instagram and TikTok. Hosts on the former website earn money by renting out a room or a flat, influencers on the latter platforms often receive gifts and/or income from sponsors. However, many countries struggle with the taxation of income from the sharing economy, as many people refrain from self-reporting these types of income. As such ways of earning moneys become more and more relevant and familiar in the digital economy, addressing such a challenge can be a pressing one.

There are several ways to address the latter challenge. In order to think of a possible solution you could start to think of the following questions:
– As a costumer of Airbnb or as a follower on Instagram or TikTok, does it matter to you whether people pay their fair share of taxes?
– Which drivers are important for the tax reporting behavior of individuals?
– How could you address the problem?
– Can you think of ways to incentivize individuals to self-report their income earned in the sharing economy?

Must-Read – the team should read this before the Kick-off 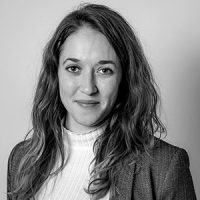 Matilde Cappelletti has been working since November 2019 in the ZEW’s Department “Corporate Taxation and Public Finance”. In September 2020, she started her PhD studies at the Center for Doctoral Economic Studies at the University of Mannheim. She completed her master’s degree in economics at the University of Mannheim and her bachelor’s degree in philosophy, politics, and economics at the Free University of Bozen-Bolzano, Italy. Her research work mainly focuses on public procurement and its effect on firms’ outcomes. 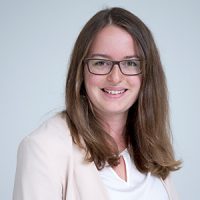 Daniela Steinbrenner studied business administration at the University of Mannheim and the HEC Paris. Her major fields of study were business taxation and tax law. In September 2015, her PhD studies at the Center for Doctoral Economic Studies at the University of Mannheim. Since October 2016, she has been working in the ZEW’s Department “Corporate Taxation and Public Finance”. Her research work mainly focuses on the development of international tax burdens and R&D tax incentives and their effects on firms’ investment behavior.