Finalist for the region South-East

The roles of women and men in society and in the working environment have changed materially in the past decades. However, this trend did not impact the jobs men and women tend to choose. The gender diversity in typical women’s jobs has not really changed, whilst in typical men’s jobs the percentage of women remains low. In some working fields, for example construction engineering, it is possible to determine factors that seem to suggest that the situation is improving, but this is still an exception. We assumed that dream jobs are already being shaped in a person’s early childhood, during their school careers and until they start their apprenticeships. We were able to confirm this working hypothesis with a survey. We questioned over 250 pupils of different ages about their dream jobs. Using these answers, we recognized a large shift in the dream jobs at around 8th to 9th grade, evidencing that pupils seemed to rethink their job choices during this age period. Hence, we concluded that the best opportunity to apply our solution idea would be in 8th and 9th grade.

As internships are the best way to gain a sneak peek into a job, we want to make it possible for them to do this as early, easily and uncomplicated as possible. With the app Praktikompass we aim to support teenagers in choosing a job in a gender-neutral and interest-based way. On top of that, Praktikompass also draws attention to other job guidance programs of companies such as for example the so-called “Girls and Boys Day”. What makes our app unique is the gender-neutral presentation of internship opportunities as well as the gender-neutral application process for the internships in which the gender of the applicant is only revealed to the company after the internship has been confirmed. In addition, the application process is very simple and of short duration. After the registration process, the CV will be saved along with other essential data, for example (age, school and certificates). We can then instantly forward these to the application recipient. In case companies need more information on the applicants, they can request these requirements through the app. We aim to implement Praktikompass in all schools in Germany to facilitate a gender-neutral choice of jobs and improve diversity for the employers.

The career choice of women and men – a cliché? Why is it like that, and (how) can it be changed?

Governesses, paediatricians, construction workers, physicists – many professions in Germany are typically performed by women or by men. Little has changed in this regard in the last three decades. This is all the more astonishing because differences between men and women in many other areas such as labour force and educational participation or gender norms have become smaller or even disappeared. Even though career choice is related to different individual interests, it is closely linked to other inequalities in the labour market, such as income, career opportunities and aspects of reconciliation. Against this background, the causes and consequences of gender (un)typical career choices are repeatedly discussed in research and the media. Initiatives such as Girls Day or Boys Day aim to contribute to changes. However, significant breaks are not to be expected if one considers that girls and boys have already learned in kindergarten and primary school age from their social environment, the media and everyday observations, e.g. in the doctor’s office or on the construction site, which professions are typically male or female. But the course can also be set at a later age. Research results show, for example, that the comparatively few young people who can imagine a gender-atypical profession do not take it up after all. It is conceivable that they fear or have experienced rejection from family, friends, companies and the work environment. Examples such as the increasing number of female students in civil engineering over the last few years show that changes are possible in some areas.

So how cemented is the division of the labour market into male and female professions? And where do we have to start if we want to change something NOW? Which young women and men are encouraged in gender-atypical career choices or turn away from them? In this YES! project we want to go into depth: How important are career interests to young people? How do friends, parents or teachers view a gender-atypical career choice, and how do young people perceive these reactions? And do companies want their employee teams to become more diverse regarding gender? Where are the interfaces from these perspectives so that initiatives can be developed? 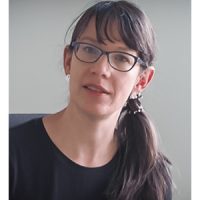 Prof. Dr Brigitte Schels is a junior professor of labour market sociology at the Friedrich-Alexander University of Erlangen-Nuremberg and a researcher at the Institute for Labour Market and Employment Research. She was a visiting professor at the University of Vienna. She researches social inequality and the transition from school to work. An important topic for her is the discrepancy between young people’s career goals and their realisation. 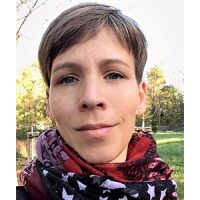 Dr. Basha Vicari is a project manager in the adult survey of the National Education Panel (NEPS) and a researcher in the research area „Education, Qualification and Employment Trajectories“ at the IAB. She studied social sciences at the Friedrich-Alexander University of Erlangen-Nuremberg and did her doctorate on the importance of occupation for job changes. Her research focuses on occupational mobility, its conditions for success and its consequences for social inequality.