IfW Kiel has been a partner of the  YES! – Young Economic Summit since 2015 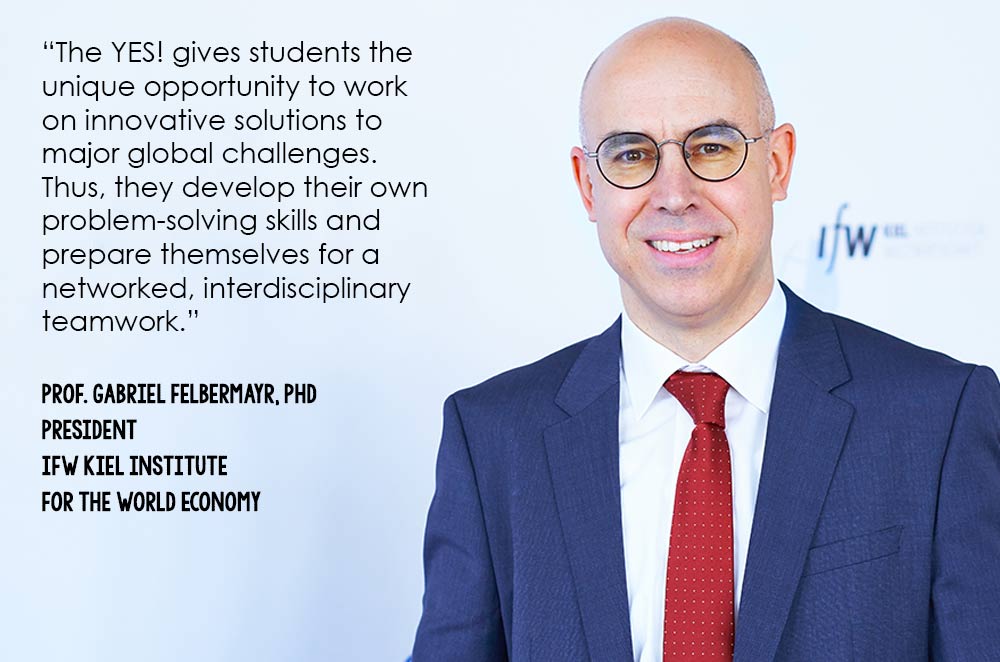 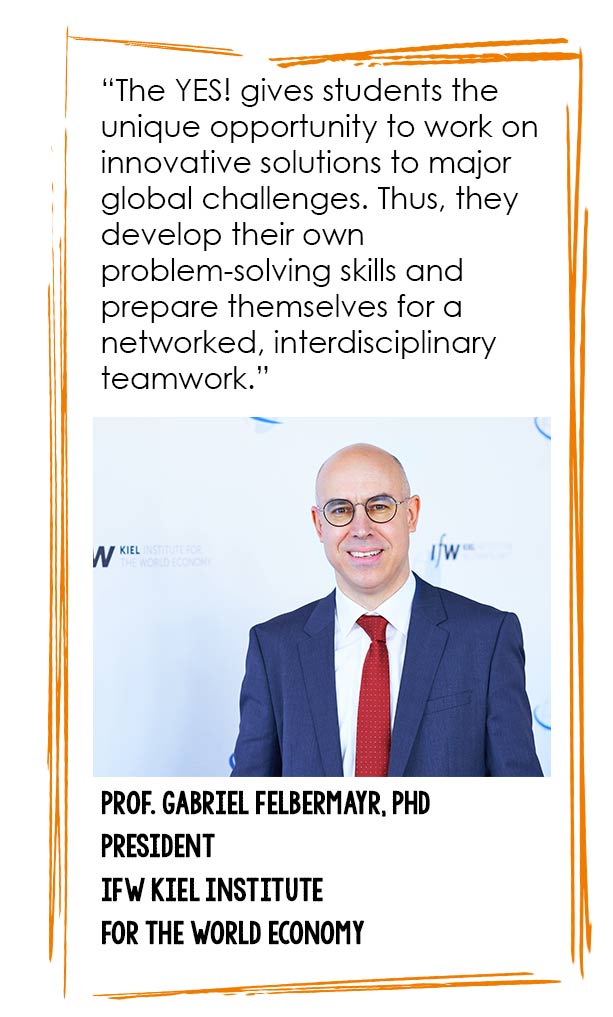 The Kiel Institute for the World Economy sees itself as the research institute in Germany for globalization issues. Our researchers investigate the drivers and effects of international economic activity, the integration and disintegration of global markets as well as the opportunities and limits of political action in open economies.

The Institute analyzes the world economy not just as the sum of individual national economies, but rather as a global economic area that must be understood and shaped. We have tasked ourselves with identifying emerging global economic challenges and developing practical solutions that are compatible with open markets and competition while also taking account of everyone’s standard of living.

The Globalization of Work: Meeting the Challenges of the 21st Century
by Michael Bayerlein und Anne Metten

Participating researchers of the IfW

Topics of the past years

Multilateralism in the crisis – How can we save international cooperation? (2020)

The Globalization of Work: Meeting the Challenges of the 21st Century (2020)

Climate Protection: How to change our ways? (2019)