It always matters – How budget allocations depend on the context

It always matters – How budget allocations depend on the context

Many economic and political decisions are typically described as “rational” or “sensible” once they have been taken (some time ago talking of “lacking alternatives” was modern). Such behaviour suggests that no other decision was possible.

Regarding the distribution of bugets usually many different groups compete for shares (at School different subject area, project classes, etc.; in politics different departments; in the family different family members). The topic to be studied is how context effects affect, for example, the distribution of the family budgest on new technology (a computer for the children), holiday or a new pet vary with the context in which they are taken. Moreover, it shall be studied how changes in the context can be used to change distributions towards socially desired outcomes.

Framing effects are a general phenomenon. The focus on budget devision is chosen in oder to make the topic a bit more specific.

Central to all specific questions is which aspects of the context affect deciders and why.

The respective questions can be studied, for example, by devising a questionnaire that is either implemented in different contexts or that frames subjects by letting them execute certain tasks before the actual questionnaire (charities, for example, often show pictures of suffering children before asking for donations).

A concrete literature list will be provided later. Google Scholar searches on framing effects or identity or nudging should provide initial approaches. 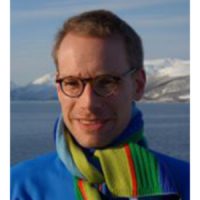 Philipp Wichardt has held the Chair of Microeconomics at the University of Rostock since 2012. As a native of the North (Kiel), he is happy to be back at the Baltic Sea. He previously studied in Bonn, Kiel and Lund (Sweden). Afterwards he was a doctoral student at the Bonn Graduate School of Economics with stays in London (UCL) and Zurich (IEW). Mr Wichardt completed his doctorate in Bonn in 2006. After substitute professorships in Bonn and Munich, he came to Rostock. Mr Wichardt is an Associate Member at the Kiel Institute for the World Economy and a Research Fellow at CESifo Munich.

In his research, Mr. Wichardt is primarily concerned with psychological factors influencing individual (economic) decisions, game-theoretical models for modelling non-rational behaviour as well as scientific-theoretical questions on the problem of how models in the sciences are to be understood when they always contain assumptions that are not really true. 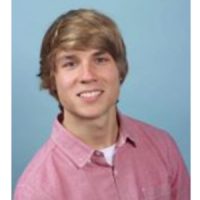 Fynn Kemper received his doctorate in 2021 from the Chair of Microeconomics in Rostock. Before that, the Rostock native studied economic mathematics at the University of Rostock. His research focuses on individual risk behaviour and non-monetary factors of individual decisions.