Inflation – What are the consequences of the ECB’s monetary policy?

Inflation – What are the consequences of the ECB’s monetary policy?

Ever since the European Central Bank (ECB) began adopting increasingly unconventional monetary policy measures in the wake of the debt crisis in March 2015, money and capital markets have literally been flooded with cheap money. The main refinancing rate is zero and the ECB’s asset purchase program, APP, meanwhile amounts to c. €3,000bn, i.e. roughly as much as the euro area’s gross domestic product (GDP)!

But what is the consequence of this development?

Classical economic theories, mostly the so-called monetarism, suggest that after a certain time lag there will inevitably be a noticeable increase in the HICP inflation rate – but this is a long time coming.

What role do real estate and securities’ prices play in this context?

And with a slowing of the COVID-19 pandemic in the months ahead and the end of a (forced) reluctance to consume as a result of the lockdowns, could there not be a veritable price surge? After all, there is a consumption backlog of c. €140bn on the part of German private households alone, which, according to estimates, will dissipate by 30 to 40 percent in the next six quarters, resulting in additional consumption expenditures of up to €56bn. So will inflation just be postponed – but then return ever stronger?

Together we will investigate how inflation is measured and why the perceived inflation often differs from the official rate. Of central importance, however, is an answer to the question of what the above implies for the stability of money – i.e. the purchasing power of the euro – and thus for all of us.

Must-Read: The team should read this before the Kick-Off: 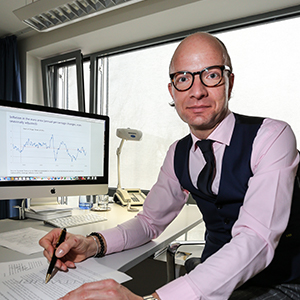 In winter term 2013/14, Dr. Dierks was appointed professor for finance and international capital markets at Lübeck University of Applied Sciences. His research interests include monetary theory, monetary policy and behavioural economics, among others.

Before returning to academia, Dr. Dierks worked as a fixed income strategist at investment banks Barclays Capital in Frankfurt/Main and Morgan Stanley in London, where he experienced the 2008/09 financial crisis and the 2012 European sovereign debt crisis firsthand.

Upon graduating from secondary school in Mexico City, Dr. Dierks studied both economics and business administration at Universidad Torcuato Di Tella in Buenos Aires, Argentina, and at Christian-Albrechts-Universität zu Kiel, where he also obtained his doctorate investigating the extent to which trust ultimately influences consumer behaviour under uncertainty. 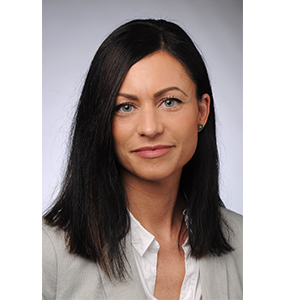 Sonja Tiggelbeck has been working as a research assistant on a research project on behavioral economics at Lübeck University of Applied Sciences since October 2018. The focus is on the investigation of investors‘ bounded rational decision-making in stock markets and the respective market volatility.

Previously, Sonja Tiggelbeck studied business administration with a focus on „International Management and Business“ at Lübeck University of Applied Sciences. After successfully completing her master’s degree, she now pursues a doctorate in cooperation with Universidad Rey Juan Carlos in Madrid.