How much CO2 is still allowed to enter the atmosphere, and how do we get it out again?

Neither the climate policies promised in the framework of nationally determined contributions (NDCs) to the Paris Climate Agreement, nor the existing energy infrastructure, nor the recent election results and political decisions in Brazil and the United States indicate a reversal of the trend of annually increasing emissions. In addition to the urgently required rapid reduction of greenhouse gas emissions, the use of negative emission technologies (NETs) will, therefore, be necessary, i.e. additional CO2 already emitted must be removed from the atmosphere. There is a wide range of approaches and ideas on how to accelerate the carbon cycle, i.e. the uptake of CO2 by soils, vegetation and the ocean: for example through (re)afforestation, accelerated weathering (the spreading of rock flour on fields, river basins and coasts), the combination of bioenergy production with the capture and underground storage of CO2 (BECCS) or the direct chemical removal of CO2 from the air with subsequent geological storage (Direct Air Capture).

By using NETs, exogenous temperature targets could be reached with a higher probability or, in a cost-benefit analysis, a lower endogenous climate change could result. Also, NETs offer potential strategic advantages, as the demand for fossil fuels is not directly influenced and at the same time the application of the technologies does not require a concentrated CO2 emission source, as the CO2 is directly extracted from the atmosphere.

However, primarily land-based NETs such as afforestation or BECCS are in competition with other forms of land use such as food production. Overall, these considerations show that NETs must be an essential part of future climate policies (if ambitious climate protection is to be realised), but at the same time, it is still unclear which NETs can be used to what extent, how these technologies will be promoted and integrated into our climate policies. 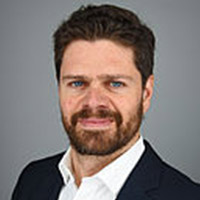 Dr Wilfried Rickels directs the Environment and Natural Resources Research Center at the Kiel Institute for the World Economy. His primary research interests are the measurement of sustainable (oceanic) development and the analysis climate change mitigation with a focus on the role of negative CO2 emission technologies and solar radiation management. Accordingly, he develops composite indicators and applies integrated assessment models, respectively. He is principal investigator in the DFG-funded Kieler Excellence Cluster “The Future Ocean” and is member of the  Scientific Society of German-speaking Environmental and Resource Economists (AUROE). His academic career includes research soujourns at UC San Diego (School of International Relations and Pacific Studies), UC Berkeley (Department of Agricultural and Resource Economics), and UC Santa Barbara (Bren School of Environmental Science and Management).