#Greeninsteadofbrown – How can one meet fears of society & create acceptance for geothermal energy?

#Greeninsteadofbrown – How can one meet fears of society & create acceptance for geothermal energy?

The German federal state of Nort Rhine-Westfalia is characterised by coal production, and both heat and electricity supply are based on non-renewable energies. In the course of the energy transition and the energy goal of 2050: “100% electricity from renewable energies”, there is an enormous need for action, both on a technical and on a social level.

Geothermal energy can make an important contribution to reducing energy-related CO2 emissions; geothermal energy offers the advantage of providing heat and electricity all year round, regardless of the time of day or weather, through the use of geothermal energy from boreholes. As a domestic energy source, it contributes to regional value creation and reduces dependence on energy imports. The sustainability of geothermal energy is demonstrated in Waren (a town in Germany), for example, where the local district heating network has been supplied with renewable geothermal energy since 1984.

But the use of renewable energies and the associated system infrastructure are also associated with environmental impacts. The expansion of renewable energies, grids and storage facilities must therefore be as environmentally compatible as possible. Negative examples such as the failure of a near-surface seal in the Landau geothermal plant (Landau is again a town in Germany), as well as uplifting of the ground due to water entering deep rock strata and also ground shaking, have caused the image of geothermal energy, especially deep geothermal energy, to be at least questioned. Given the resistance and emerging doubts and concerns among the population, the topic of public relations is thus becoming increasingly important, because “in addition to questions of technical feasibility and costs, social behavior plays a decisive role in whether and in what form the implementation of the energy transition succeeds” (Sterchele et al., 2020).

This project will now investigate how these fears and resistances could be countered and what measures can be used to establish geothermal energy as part of the energy transition.

Must-Read – the team should read this before the kick-off meeting:

More material in English will be available soon.

Mentors of the school teams and authors of the topic: 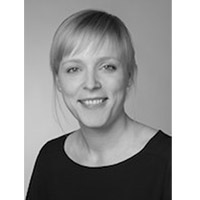 Dr Tabea Schröder works at the Geological Institute of RWTH Aachen University in the field of sedimentology and is involved in research projects on, for example, the geothermal use of carbonate rocks. 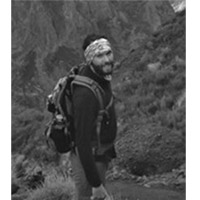 Dr Marius Waldvogel works at the Geological Institute of RWTH Aachen University in structural geology and diagenesis. He is currently working mainly in the field of regional geology in the ETest project in the border triangle Germany, Belgium and the Netherlands. He completed his doctorate at the University of Bern on “Crack bridging in polymer-modified sealing slurries”.