Introduction – Food security- a global problem
A prognosis of the United Nations states that in 2050 9.6 billion people are going to live on this planet – 2.2 billion more people than today. How are we supposed to feed everyone in the future if the demand for food doubles and already 795 million people hunger nowadays? An important factor in securing the food of the world’s population is developing sustainable farming methods. We focused on two different countries, Kenya and India which are both probably going to be food insecure due to population growth and malnutrition. 45.01 million people are living in Kenya and the population grows by a rate of 2.11 per cent a year. The population growth is the first challenge for the government because it requires an increase in the agricultural production to secure the food of their own population in the future. Kenya has generally a very low agricultural potential. Only 16 per cent of the arable land has suitable soil. The resources are limited. In the past, Kenya had to handle poor harvests. An example is the staple food maize, which had a crop loss of 60 per cent in the past. An important reason for that is the consequences of climate change – the third challenge we are facing. It poses a serious threat to agriculture and food security. Temperatures will rise. The climate change outlook for the 21st century predicts more intense and frequent droughts. That is why the amount of barren soils and the damages through erosion keeps increasing. Furthermore, there is no equitable delivery of water in Kenya because only ⅔ of the country receives less than 500 mm rain annually. Often Kenyan farmers lost their harvests because of pests and diseases, too. In Kenya maize is mostly stricken by the witchweed, which infects 40 per cent of the arable land in Africa’s savanna and the stem borer, which destroys 20-40 per cent of Africa’s maize harvest.
Since there are different circumstances in many regions and countries, we also specialized in the rice cultivation in the newly industrializing country India. India’s government has been proud of the “Green Revolution” for 50 years and supports the farmers with pesticides, chemical fertilizers and genetically manipulated seeds. The reason for this is partly the research of genetically modified food and the intensive lobbying of the seed corporations who extract advantages of the artificial cultivation. Consequently, many farmers think that the use of pesticides and chemicals is the best solution for high crop yields. However, the use of chemicals and GM technology is not the best solution and especially not the most sustainable one. Often, farmers do not get better harvests when using GM technology.
Furthermore, it can make the soil barren on a long-term basis and possibly causes diseases. So farming methods for rice have to be developed, financed and locally adapted which preferably go without artificial techniques but still achieve high crop yields. Also, farmers and the government have to be convinced of these methods.

To sum up, the major difficulty is to secure the food of the population in due consideration of the natural geographical requirements, the demographical development and the resistance of the government and seed corporations. It should be the aim of the farming methods to enable the future generation to survive in their own country – the vision of sustainability.

Push and Pull technology- a step to sustainable agriculture
A rise of the agricultural productivity is important to reduce hunger and poverty in the world. We focused on the economical and sustainable farming method Push and Pull for the staple food maize in Kenya. This technology is a farming method to fight pests and weed by the Desmodium plant and the Napier grass in a biological way and to improve the soil quality. But is this farming method able to contribute to the food security of the world population?

The Push and Pull technology makes chemical fertilizer redundant. Often Kenyan farmers lost their harvest because of pests and diseases. That is why the use of insecticides is inevitable. But the Push and Pull technology is a biological pest control. On the one hand, Desmodium, which is planted in the maize field, deters the pests and annihilates the weed due to its smell. On the other hand, the Napier grass planted around the maize attracts the pest. The Napier grass secretes a sticky gum which traps the stemborers and ends their lifecycle. The result: healthy harvest without the use of any pesticides.

The asset costs hinder the implementation of the Push–Pull technology. Desmodium seeds are very expensive. Farmers need 1 kg per acre, which costs 30$. Because most farmers in Kenya are peasants with a low income, they cannot afford this input. However, microcredits, as well as the support of development aid, can solve this financing problem. Furthermore, the plants remain after the harvests, so the farmers have to invest only once. In addition, the armers can harvest the seeds and sell them for an equivalent of 6.50 € per kilo: another source of income.

The Push and Pull technology provides constant harvests without additional artificial fertilizers. Even though agricultural fertilizers increase the harvests, they are the reason for rising pollution and the eutrophication of water. The Push and Pull method improves the soil fertility without the use of any fertilizers. Desmodium seeds raise the nutrient, moisture and nitrogen content of the soil. Therefore the maize yields double and there is a better quality of the harvests. East Africa is an example, where 40 000 low-income farmers have profited from the Push and Pull technology by now.
But the inadequate educational achievement of the farmers hinders the spread of the Push and Pull technology. Insufficient knowledge about sustainable agriculture is an important problem. Even though since 2002 compulsory education has been introduced, subsequent professional education is too expensive. How should the right application of the technology be spread? A project of the ICIPE (African Insect Science for Food and Health) in Kenya for the establishment of farming schools reveals that it is possible. There are trained volunteers from different villages who teach the correct implementation of the Push and Pull technology.
Furthermore, there are already some Push-Pull-Gardens where the application is explained. Additionally, flyers could be handed out. The climate has no influence on the success of the Push and Pull technology. Because of the climate change, the temperatures are rising and consequently, the number of droughts keeps increasing. The quality of the soil is deteriorating. The system of the Push and Pull technology is adaptable to the climate change. The Desmodium plant is very heat tolerant.
Also, there is the opportunity to use the Brachiara plant, which is heat tolerant as well and does not require much water, to replace the Napier grass. Combined, both plants protect fragile soils. Besides, part of the Desmodium plant and Napier grass can be used as livestock fodder in case other food sources dehydrate because of droughts. Another consequence of the climate change is unreliable rainfall. The shadow of the plants helps to reduce evaporation.

A system of Rice Intensification (SRI) – raise of the crop yields with less input
In addition, we had a look at rice cultivation in India. There is a farming method that does not require chemicals and still provides higher yields: The “System of Rice Intensification” short “SRI”.
For SRI the sprouts are sowed after 8 to 12 days with a distance of at least 25 centimetres. In this way, the roots have more space to spread and the soil is kept moist. In 2012, the Indian rice farmer Sumant Kuman harvested 22 tons of rice per hectare which is an acknowledged world record. This is an absolute exception. With the traditional method farmers usually harvest 2.6 tons per hectare. Depending on the local conditions the farmers can harvest four tons or more with SRI. The most important advantage is that they need less to harvest more. The farmers need fewer seeds, less water, no chemicals or GM technology and still harvest more. There are no negative side effects, neither for the environment nor for the harvests nor for the rice. Furthermore, the SRI method can be adapted to the local conditions, for example by using biological fertilizer for nutrient-poor soils.
However, the weed has to be pulled out, which makes this method more labour intensive than the conventional one. That is why many farmers might shy away from implementing this method. To lessen the labour intensiveness of SRI, we think that higher investments in the advancement of the SRI technology should be made and less into the research of genetically modified plants.
In order to be able to harvest successfully for a long time with the System of Rice Intensification, farmers have to be taught how to do it. There are many options. For example, there are many Non-Governmental Organizations (NGOs) involved in several parts of India which are well prepared to teach the farmers locally adapted methods of SRI. The government should support the NGOs with workforce and subsidies. Farmers already using SRI can serve as multiplicators to teach other farmers. Also, German organizations and/ or the Federal Ministry of Economic Cooperation and Development should support the dissemination of SRI in India.
From the point of view of the seed corporations, a total change to SRI would be a huge loss, because the farmers would need fewer seeds and the demand would decrease. Therefore, big companies do a lot of lobbying and that is also the reason why the government supports the GM technology and chemicals. Pressure should be put onto those companies, for example by cancelling subsidies. Furthermore, the Indian Government has to be convinced of the SRI method. In our opinion, the relationship between Germany and India is good enough so that Germany can convince the Indian government to use less GM technology and to invest in sustainable cultivation.
While working on SRI we came across the danger of overproduction. Even though this isn’t part of our topic, we want to deal with this concern. Overproduction exists when supply exceeds demand. This leads to waste and a big drop in prices, which benefits the consumer but is perilous for the farmers. We think that this is a minor concern for rice since the demand for this product is huge. If overproduction occurs, it means that the demand is met and everyone is adequately supplied with food. If there still happened to be overproduction, farmers could keep the rice for their own use or store it long-term because rice is no perishable food. In our opinion, the fear of overproduction is no reason for not switching to SRI.

Food security through individual cultivation methods
Food security through more intense crop production is guaranteed in an agroecological and sustainable way if the respective conditions of countries and of the crops are considered, as we proved for the Push and Pull method in Kenya and the System of Rice Intensification in India. Summarising, both methods make the agricultural system more sustainable and reliable. These methods increase crop yields and thus contribute to covering the growing demand for food. At the same time, they increase the farmers’ income. Accordingly, the goals are to encourage cooperation between farmers and NGOs, to spread the technologies and to develop them further. This solution will be key to secure food in the future. 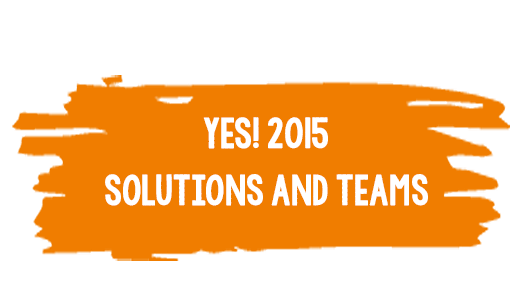 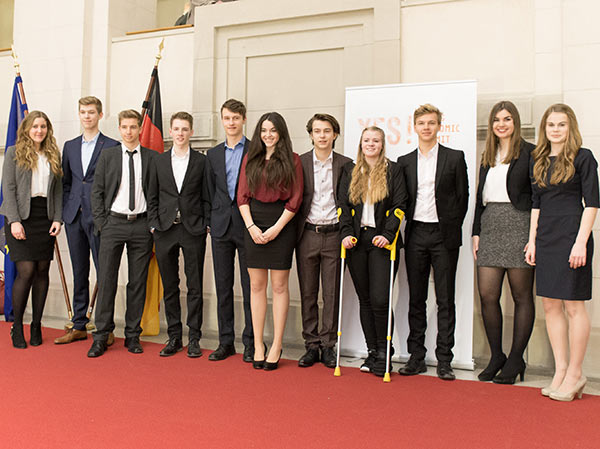