Finalist for the region South-East 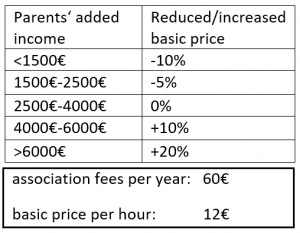 Raising children and working at the same time? How the reconciliation of family and work can succeed through family policy projects.

Starting a family and having children is a very personal decision. Of course, it depends on the size of a couple’s desire to have children. But the fulfilment of the wish also depends on the framework conditions under which the couple lives. This can concern whether one has the financial means to raise children, or it depends on whether one has enough time to take care of the children. These framework conditions depend not insignificantly on state institutions and political decisions.

Moreover, this personal decision has consequences for society as a whole. Children are the citizens, the employees, the entrepreneurs, the taxpayers of the future. No society could function without the family’s contribution to raising children. That is why the state promotes the family and creates the conditions that make it easier to start a family. Therefore, family policy is a central task of the state.

The number of children in Germany has been low for a long time. Births per woman fell from an average of 2.5 in the mid-1960s to 1.4 in the late 1970s due to the introduction of the pill. Only in the last 10 years has the birth rate risen slightly to 1.6. Since a couple has to give birth to about two children for the population to remain constant, the German birth rate means that the population is shrinking and getting older. This has consequences on the labour market, for the financing of pensions and generally for the economic development of society.

What are the reasons for this low number of children? One reason is that nowadays, as a rule, both parents (want to) go to work. Today, both men and women in couple relationships are predominantly both in gainful employment. Between 1970 and 2019, the female employment rate has risen from 46 to 73 per cent. However, in the same period, the proportion of employed men has fallen from 88 to 80 per cent. Therefore, it becomes difficult for a couple where both go to work to raise children and provide for them in the best possible way.

There needs to be external support for childcare to enable a family to have both parents working and the children well cared for. Since this cannot always be provided by other family members such as grandparents, private care services must be paid for as services on the market. Or the state must make, finance or at least subsidise such care offers.

What concepts can basically help families to reconcile work and children?
What can a state-subsidised childcare offer for families look like?
How can the state close the gap in childcare provision?
How can this offer be accessible and socially acceptable to all families, i.e. at affordable prices?
What private initiatives could there be?
What measures could be implemented on a regional level so that parents are not completely absent from work even when their children are slightly ill? Or how can parents pursue gainful employment that lasts into the early evening for both of them, even if primary school is already over at noon or in the early afternoon and the children are too small to be home alone? 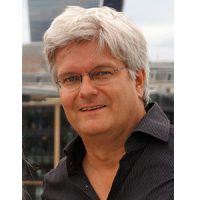 Robert Fenge has been Professor of Economics, especially Finance, at the University of Rostock since 2010. He studied economics and philosophy in Berlin and Bonn. He completed his doctorate in economics at the University of Magdeburg in 1997 and habilitated at the Ludwig-Maximilians-Universität in Munich in 2006. From 1999 to 2009 he worked at the Ifo Institute for Economic Research in Munich. His research areas are social policy, family policy, labour markets in ageing societies and fiscal federalism. 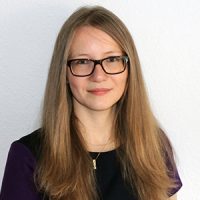 Ekaterina Gavrilova is a research assistant and doctoral candidate at the Chair of Finance at the University of Rostock. Her research focuses (theoretically and empirically) on interpersonal relations and collective decision-making in household models. She studied economics at the University of Rostock and dealt with economic and ethical issues of migration and the environment during her studies.

Felix Kunert is a research assistant at the Chair of Finance at the University of Rostock and is currently researching questions of basic security for older people and the women’s quota. He studied economics and business administration at Leuphana University Lüneburg and taxation at Georg-August University Göttingen.