Implementing the SDGs – Measuring the Sustainable Ocean
In continuation and expansion of the Millennium Development Goals (MDG), the United Nations agreed on 17 „Sustainable Development Goals“. During the next 15 years, countries are supposed to put in a lot of effort to end all forms of poverty, overcome inequalities and tackle climate change.
Goal #14 reads: Conserve and sustainably use the oceans, seas and marine resources for sustainable development.
The oceans are essential for life on earth as we know it. The oceans drove global eco-systems and were always important for trade and commerce. The problem of competing for utilization, a public use on the one hand (security of life) and a commercial use on the other hand (as a pollutant sink, a source of resources and transport), is concentrated here. A long-term balance must be established between those competing utilizations. Therefore, a prudent management of oceans and marine resources is key to a sustainable future.
How to ensure a sustainable use of oceans, seas and marine resources? How to quantify and measure a sustainable use of oceans, seas and marine resources? Which measures must be taken to achieve the goals formulated by the UN and what can each and every one of us do to play his/her part?

The Ocean – A Source of Life
Summed up, our oceans cover more than 70% of the entire Earth’s surface and roughly 60% of the world’s population do not live further than 20 km (about 12,5 miles) away from the nearest coast-line1. The seas supply us with natural resources and thus provide a solid basis of food and various materials, produce sustainable energy and represent a significant part of world trade.
All marine resources being available to humans at all time, the resulting excessive usage leads to a strongly strained ecosystem underneath the water surface. Big problems are overfishing, the exploitation of sea ground’s resources and the acidification resulting from carbon dioxide emissions, residue from maritime industry and water pollution.
Overfishing, to this day, is barely being restricted through any legal regulations. According to FAO research in 2009 57% of all fish stocks were already exploited to the very last limit, 29% were considered overfished.

Although studies have demonstrated the efficiency of marine reserves2, the method is only being used on less than 2% of the oceans’ surface. In total 300.000 km2 of the global marine area are being protected, but of those less than 10% are considered to be ’no-take’ marine protected areas3, meaning that absolutely no fishery or industrial activity is allowed.
Not only are the Oceans a source of energy and food, they also provide work for 56.6 Million people, 90% of which work in small-scale fishery4.
The Oceans’ importance is also being reflected in the Sustainable Development Goals by the United Nations

The SDG’s contain, amongst others, the importance of the marine’s ecosystem’s protection in view of mankind’s future. Within the YES!-Young Economic Summit we have decided to contribute our own part to the idea of making sustainable use of our oceans.

Our „eFISHient” System
We came up with a system of protected marine zones in order to put an end to overfishing but limit any economic damage at the same time. Using the example of the North Sea we have assembled a system which divides a region into equal zones with each zone being parted into smaller, equal sections.
The zones reach about 80.000 km2, each section has a size of up to 8.400 km2. The sections’ size allows for the fish populations to move and recover from fishing on one side but still leaves enough unprotected space for the fishers to fish on the other. Up to two sections per zone are considered protected, meaning that crossing the area is allowed, but all kinds of the fishery are prohibited.

The sections’ borders are set at islands and seaside towns where fishery represents a strong branch of industry in order to provide at least one unprotected area to fish in at all time. However, the frontiers are adaptable to certain species, in case there only are few or just very small fishing grounds. The protected zones are being chosen randomly, besides the fact that they should not adjoin.

The protection takes place for a certain time frame which is being set in advance to just protect a certain species or the entire ecosystem in the area. The time frame can vary from one or two years to several decades since it depends on how long it takes for the fish stocks to recover and each individual to grow bigger9. The sections’ sizes, as well as the time frame, is to be adjusted, depending on the region one wants to implement the system on and the species one is trying to protect.
With an average size of 544 km2, most marine protected areas are smaller, with the ten largest MPA’s skewing the average. The median, on the other hand, is less than 5 km2, giving a more lifelike picture of reality.
Marine reserves tend to be even smaller, with 50% of the 124 examined marine reserves being less than 3,75 km2 big. Although scientific recommendations describe the ideal minimal size of marine reserves as well as marine protected areas ranging from at least three to about 13 km2 only 35-60% meet those numbers10.
Excluded from the system of rotating protected sections is a coast-line (about 12 sea miles wide) where industrial fishing is prohibited permanently. This protects the artisanal fishery which provides more labour for people per fish caught than industrial fishing.

A map of our system, using the example of the North Sea

Implementing and Controlling Institutions
Three existing organizations could be appointed to implement the method and controlling the systems’ success.
OSPAR, an agreement between countries directing the North Sea’s and the North East Atlantic’s protection, engages in preserving the area in our example. At the moment the OSPAR Commission concentrates on the problems caused by dumping and the offshore industry, but its main interest is the preservation of biodiversity in marine ecosystems11. Getting involved with the fish industry would therefore only partly be a new field since its consequences affect the exact same. Since not every one of the contractual partners is part of the EU, the OSPAR Commission proves the countries’ shared interest to work on solutions, even beyond borders of communities of states. That kind of institution is exactly what we need to implement our system.
In order to ensure the fishers’ compliance with the protected sections’ borders and the fishing prohibitions, we want to use the existing S-VMS, the Satellite Vessel Monitoring System. The S-VMS allows the police to follow the fishing boats’ routes as well as communicate with them. Every fishing boat longer than 12 meters is bound to have the connecting device on board. On the basis of speed and course, data specialists can distinguish the purpose of the excursion, whether the boat is just crossing the area or whether it is fishing. In that case, they can also identify the applied fishing method.
ICES, the International Council for the Exploration of the Sea, is responsible for the collection of data on fishing grounds, fishery and fish populations12, which can be used to monitor the systems’ success. Both parties would benefit from the collaboration.

The three Dimensions of Sustainability
Since the YES!-challenge is about sustainable development, the three dimensions of sustainability, the social, ecological and economic side, have to be taken into account:
Our system of protected zones provides recovery for endangered species and protection for others, both of which result in the sustainable improvement of the marine ecosystem.
It supports and secures artisanal fishery, preserves the long-term base for the industrial fishery as a strong branch of the industry and reduces the damage of recreational fishing (regarding tourism).
The size, time frame and the borders’ position being adaptable, the economic damage is being limited and the remaining fishing ground is being distributed evenly.

Our Systems’ Versatility
The efficiency of marine protected areas has been proven, yet they are underachieved. Our system closes this gap and presents the idea of marine protected areas in an entirely new form. Not only does it fulfil all three dimensions of sustainability, it is also implementable on regions of every size and condition. It can be used to stabilize the entire ecosystem of a region or to protect of a certain species. The system can generally be based on the collaboration of three existing organizations, which have the means to implement the system and to control the fishermen as well as evaluate the systems’ success. 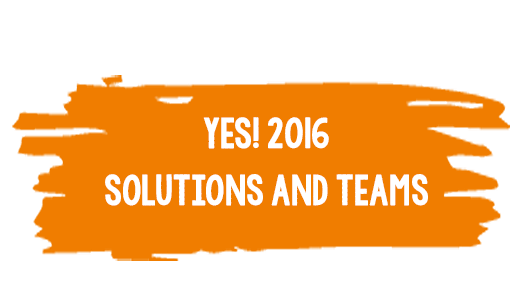 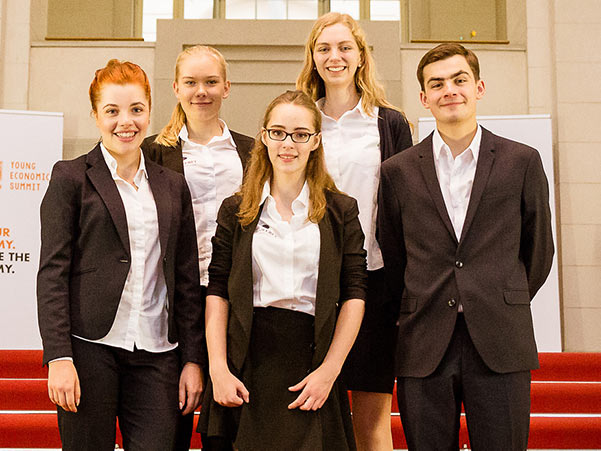