How to make the best of carbon markets revenues?

In the recent international climate negotiations, Parties to the United Nations Framework Convention on Climate Change (UNFCCC) agreed for procedures to mitigate global climate change and keep global temperature increase below 2°C, or 1.5°C if possible. Market-based instruments are considered in this agreement. Among these, greenhouse gases emissions trading scheme (cap and trade) have already been used by several countries as a tool to effectively reduce their climate footprint. In such carbon markets, certificates are issued in an amount equal to the cap defined at the country level, that is the limit the nation sets to its own emissions. Some of these certificates can be given to installations before the latter trade them. But the rest can be auctioned, which provides revenues to the government issuing the certificates. Some behavioural economics studies have shown that the public and political acceptability of these market-based instruments depends on the use of the corresponding revenues.

In the EU, the emissions trading scheme (EU-ETS) has existed since 2005. After the first phase (2005-2007), the second phase (2008-2012) allowed inclusion of offsets from emissions reductions conducted in emerging and developing countries. We are now in the third phase (2013-2020) while the legal framework for the fourth phase was prepared by the European Commission last year. In parallel, the EU has agreed to a 2030 climate and energy framework, setting three main targets to the EU, first on emissions reduction, second on renewable energy target, third on energy efficiency. The way carbon auctions revenues are used is decided freely by the Member States. In the Impact Assessment of this legal framework, the impact of various ways to recycle these revenues are analysed: reduction of labour cost, support to renewable energy. One can think of others, such as a reduction in income taxes.

The question for the Member States is then „how to make the best use of these auctions revenues?“. Several criteria can be considered to answer this question:

– from an economic perspective, the impact on the various industrial sectors and households varies depending on the choice made;

– from a social point of view, the impact may also vary depending on the wealth level of households;

– from an environmental point of view, the impact on emissions that are capped should be equal to zero given the limit set by the cap itself, but given potential varying effects on the various industrial sectors, one can expect on the impact on the pollutants that are not covered by the scheme.

I would suggest the students to :

– look precisely at what the impact assessment of the 2030 framework indicates.

– look for what Germany does with these auctions revenues

– look what other Member States (the United Kingdom, France for example) do with them.

To gain insight on what these revenues represent, I would suggest they check:

– the number of European union allowances (EUA) issued each year,

– the amount that is auctioned,

– the average price at which they were sold in the last years,

– the revenues received by the Member States from these auctions,

I would recommend them to search for a synthesis of debates that took place in the national parliament about this question. For example, it is usually well considered by the general public that carbon auctions are used for climate and energy purposes, for example, to support renewable energy. However, the economic and social impacts of such a choice still need to be examined. Were there analyses conducted at the national parliament about these questions? What were the positions of the various political groups on this question?

The EU ETS page of the European Commission:
https://ec.europa.eu/clima/policies/ets_en 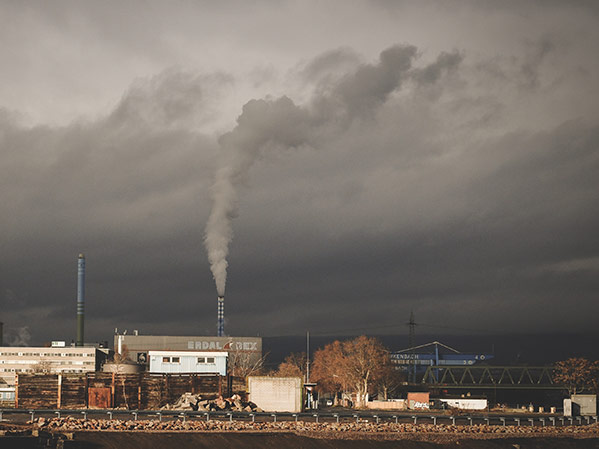 Photo by Brina Blum on Unsplash