Recently, the CDP announced that all G7 countries failed to meet their climate goals set in the Paris Climate Agreement of 2016. This news, paired with the increase of climate-change-induced extreme weather events, raises the question of how to enforce imminent actions to prevent or at least ease the disastrous future we are heading towards. In this debate, the aviation sector emitting roughly 3% of global emissions, is gaining importance with high potential in alternative fuels like hydrogen. However, the expansion of this sector requires time-consuming and cost-intensive developments and complicated political decisions both on the national and international levels.

Even though the German Government has recently announced to fund the hydrogen sector with 2 billion dollars, solutions for the aviation sector are often only planned for 2030 and beyond and would include high costs for developing and constructing new planes.

Due to this instance, our team has the goal to propose a technical concept and a political/economic one that could be implemented without further delay and without the need for new planes. By making it to the finals, we hope that politicians will take notice of this concept and give it the attention needed to realize its potential.

Our technical concept includes storing hydrogen in interchangeable cryogenic capsules that operate under high pressure and low temperatures allowing hydrogen to reach its maximum density. By using interchangeable capsules instead of fixed tanks on the plane, the refuelling process is shortened, the distribution network is simplified as no pipelines are needed, and the overall cost and sustainability increased as no new planes or complicated infrastructure are needed. Since this concept is feasible for both jet-engine-planes and fuel-cell-planes, it can be probed for regional and medium-range flights with almost no time-consuming development aside from the capsules. Companies like “Universal Hydrogen” are already investigating this concept naming it the “Nespresso” technique because of its analogy to the interchangeable “Nespresso” capsules in coffee machines.

Aside from the technical aspect of our project, an economic and political concept must be proposed as strong political support is necessary to implement our idea.

Concerning the low kerosene prices and unnecessary tax advantage of such, our concept includes a domestic kerosene tax of 0.5€ per litre of kerosene. This concept is thought to be economically promising with a possible tax revenue of over 100 million Euros annually and another reason for aviation companies to shift towards hydrogen-powered planes. As this is only a domestic tax, it would not be in contradiction to international laws like the Chicago Convention of 1944. It would not necessarily make international travel more expensive but only domestic flights where many alternatives (e.g. train travel) already exist. Therefore, this concept is not only useful in increasing tax revenue that can consequently be invested in the development of said capsules or in bringing tax equity into the transport sector, but it is a necessary change in transforming domestic travel into carbon-free travel even if that means an increase in ticket prices for domestic flights.

We believe that Germany could gain an important economic advantage if they were to choose this path, making them a pioneer in carbon-free aviation. This step is necessary to meet the Paris climate agreement. A step necessary and inevitable to ease the effects of climate change and possibly save millions of lives and species.

The future of aviation – Sustainable flight with hydrogen?

Germany needs alternatives to fossil fuels to realize the energy transition and climate targets 2050. Hydrogen (H2), especially its “green” production based on renewables, represents a promising pathway to significantly reduce CO2 emissions [Bundesministerium für Wirtschaft und Energie (BMWi), 2020]. Hydrogen thus plays a future role for a zero-carbon economy (Energy Transitions Commission, 2021).
The focus of a hydrogen economy has an effect on the aviation sector. Today, aviation is responsible for about 3% of global CO2 emissions (Nationaler Wasserstoffrat, 2021). In view of substantial future growth forecasts for air travel, a drastic reduction of the climate impact only seems possible via “revolutionary” approaches (BMWi, 2020). The H2 combustion does not cause CO2 emissions. Hydrogen-powered aviation is thus an option to decarbonize the sector (Nationaler Wasserstoffrat, 2021). According to the Clean Sky 2 and Fuel Cells & Hydrogen 2 Joint Undertakings (2020), H2, as a primary energy source for air propulsion, has the potential to reduce its climate impact by 50 to 90 percent.
The introduction of H2 implies extensive economic linkages from generation in the energy sector to utilization in the aviation sector. However, national renewable energy capacities are limited (BMWi, 2020), and supportive policy frameworks are fundamental as hydrogen energy has currently a much higher price compared to conventional (kerosene) jet fuel (Energy Transitions Commission, 2021).

1) Policy and Economic Perspective. How can we design a national hydrogen economy for Germany?

2) What are the economic impacts of hydrogen-powered aviation compared to the continuation of conventional aviation? Future scenarios 2050.

3) What policy actions can we take to support an H2 transition (switch), or to promote hydrogen production and utilization in aviation? What are the effects of government intervention in the hydrogen market?

4) Are there connections to the term “sustainability”? 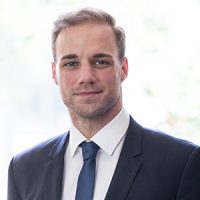