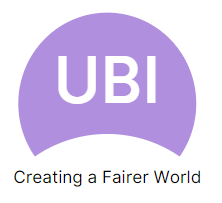 For too lang, those in poverty around the globe have suffered and been forced to eat less than a balanced and nutritional meal would require. What’s even worse is that this includes children. Vulnerable children who have to put up with the cruelty of hunger for no reason other than the fact that their parents are poor. This is unacceptable. 7 months ago, we set out on a journey to solve the problem of child hunger. We were given a prompt. lt read:
„Brain food: How can a government best ensure that all children have enough to eat?“

In those last 7 months, we have contemplated this hard, considering many different policy measures, carefully thinking about their feasibility and practicality, we have talked to experts, devised mathematical models, all to bring us to our end solution.

Our solution is a UBI. This will be a safety net, which will guarantee that no resident will have an income of less than f10.000 per year, and that everyone will have enough money to live and survive.

This provides benefits not only in the economic sense (in terms of GDP), but also socially. Alleviating poverty brings many benefits for those in need, especially taking into account mental health and societal cohesion.

We have considered data from many studies carried out on the topic of UBI, conducted within a multitude of diverse communities from Alaska to even Namibia, which showed categorically the benefits of the implementation of a UBI.

We see our solution increasing GDP growth, we do this by making use of differences in what is known as the „Marginal Propensity to Consume“, which practically means that we can boost output, solely by shifting money around in the economy and directing it towards people who need it most and will spend more of the money that we give them.

We tackle the problem of a ceiling that sometimes exists in the UK benefits system by slowly decreasing payments based on income. We do this in such a way that any increase in pre-UBI income always results in an increase in their post-UBI income making sure households are never financially worse off after trying to earn more by performing more work. This allows us to stop UBI payments at f20,000 without creating a barrier beyond which an increase in income will lessen a household income while at the same time ensuring residents a f 10,000 safety net.

Brain food: How can a government best ensure that all children have enough to eat?

The Health Foundation led a two-year programme listening to young people, and to those who support young people, and examining the data. The findings make worrying reading for anyone concerned with the way our society, and our public services, will look in 30 years’ time.

The health of a country’s young people is one of the greatest assets it holds, determining its future wellbeing, costs and productivity. Young people’s wellbeing is critical to a healthy democracy, the economy, and shapes the nation’s social fabric. For governments across the world, the stewardship of young people’s wellbeing needs to be a priority – any erosion of the population’s health is a major risk to the prosperity of the nation.

92% per cent of parents support extension of free school meal eligibility to all children living in very low-income families, according to new research from Children’s Food Campaign and Food Active. Parents also agree that eligibility should be based on income, regardless of immigration status (89%).

The survey conducted with over 750 parents across the UK gained insights on how the Covid-19 lockdown has impacted their children’s food intake.

When parents were asked their views on the Government’s commitment to fund free school meals and healthy food policies:

Is it the government’s role to provide food for children and young people? How can they best ensure that all have enough food to eat and contribute to a thriving economy?